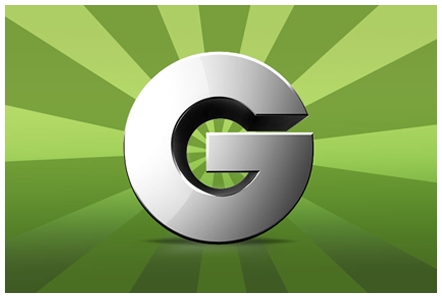 Have you noticed that more and more house cleaning companies are doing promos on Groupon and other daily deal sites?

we have and this seriously got us thinking about doing one too.

As a customer, I’ve always thought that businesses do great when they run a Groupon deal, otherwise, why would they keep doing it. I’ve only bought a couple for myself before but I’ve never really had any complaints, so to me it made sense as a marketing tool.

But when I dug into it a bit deeper the picture wasn’t at all what I expected, especially from a service business’ point of view.

Not A Slam Dunk For Small Businesses 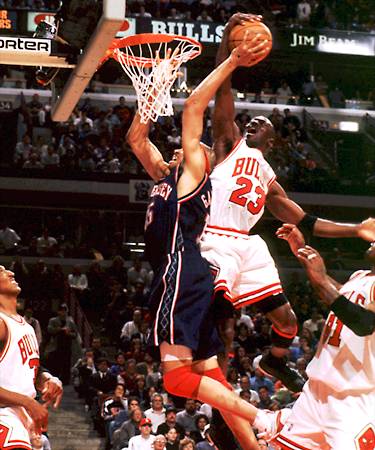 Groupon is especially great at doing one thing – giving you exposure to a large audience in a short amount of time. This is obviously great for many businesses – if the’re ready and able to cope with the sudden massive influx of customers coming to their door.

And when I say sudden massive influx, I’m talking 10x more customers than what a business may ordinarily be used to.

Unfortunately, most small businesses aren’t set up to scale that big, that fast. This usually is the case when lots of manual labour is involved, such as the case with house cleaning, small bakeries, hair salons, etc.

In many instances, Groupons has caused small businesses major headaches resulting in devastating losses. In some cases, the owner had to take money out of their own pocket just to keep their business afloat.

That’s exactly what happened to Jesse Burke, owner and operator of Posies, a small boutique cafe in Portland.

In the aftermath of her Groupon promotion she had to take out a personal loan of $8000 just to pay staff and keep the doors open. $8000 may not seem like much, but for a young, small business, like hers, it was a huge setback.

And then in other, more extreme cases, businesses had no choice but to completely shut down.

One example is Neat Assist, a house cleaning company that did a Groupon (and possibly two or three other group deals) that then ended up having to close down their business.

When we took a closer a closer look, it was clear to us that these deals played a major role in their eventual demise.

Neat Assist’s Groupon – A Loss on Every Deal Sold 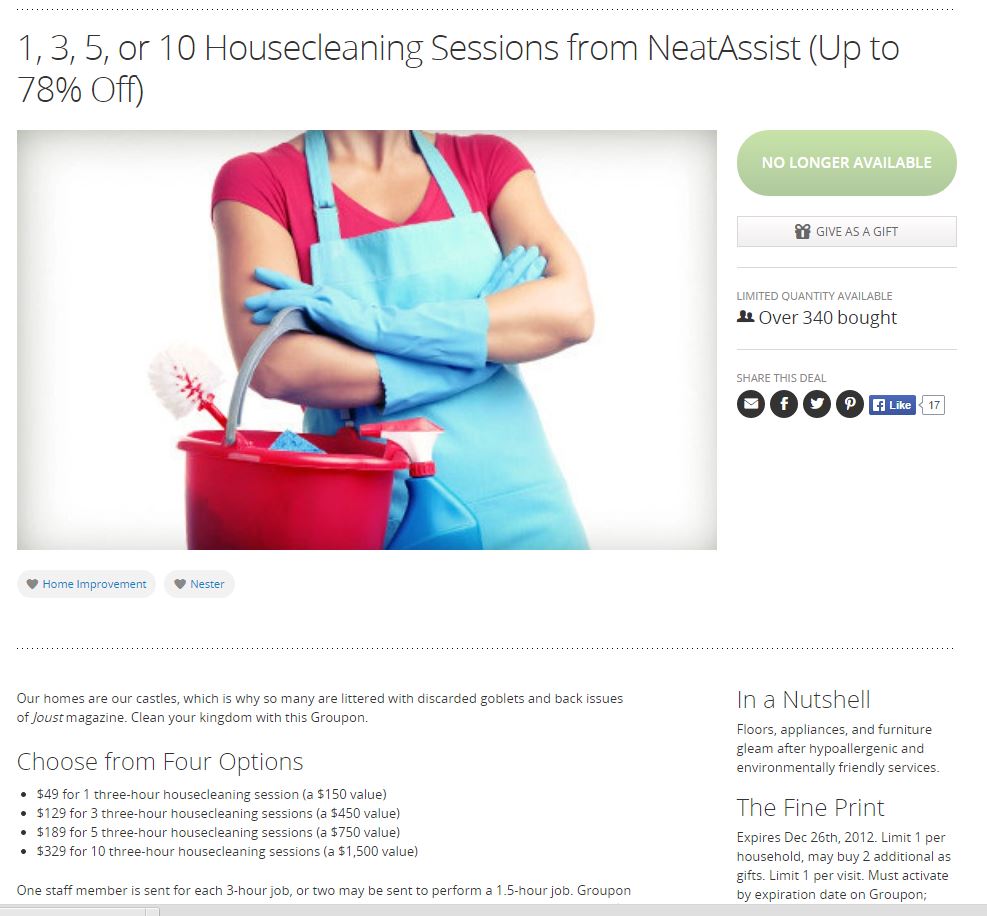 $49 for 3 hours of cleaning! That’s a great offer that you won’t see too often. In fact, it was probably too good of a deal because 340 people took that offer. (That’s A LOT for most house cleaning businesses)

Now I know what you’re thinking, “That’s great! Getting more customers is always awesome for business. This can’t be a bad thing, right?” Actually it can be.

It starts with the fact that Groupon takes a percentage of revenue from all promos, typically 50%. So instead of making $49 per service, Neat Assist was in reality making about $25 per 3 hour appointment instead, or a little more than $8 per hour. $8 per hour to cover labour, transportation, supplies, marketing, admin, and other costs involved in running a business.

Even if you strip away all that and just take labour as your cost, $8 per hour is painfully low. The absolute best case scenario would be that you’re breaking even. This is (maybe) tolerable if there’s only 30 or 40 Groupon appointments, but when you have to do 340 of them, that’s a long time to go without generating any profit.

Based on our experience, I’m pretty sure Neat Assist was taking a loss on every sale they were getting through Groupon. They’re not the only ones that have done this though, take a look at some of these other businesses that have gone through the same nightmare. This is what can happen if you’re not careful with the deal you put up on Groupon.

Because when you’re not making any money, you usually have to cut corners and the quality of your business suffers. This makes customers upset and nowadays they take to review sites or social media to express their frustration.

Take a look at this Yelp review from a Neat Assist Groupon customer.

Now I understand Yelp doesn’t always paint the most accurate picture of a business, but based off this and several other of their reviews, this looked like a common occurrence. (Click here to see more)

This customer’s review is a perfect example of what can go wrong for a house cleaning business that does a Groupon.

To show you what I mean, let’s take a quick look at some of the things this customer’s said in her review. It provides plenty of delicious clues about what can go wrong during a Groupon promotion.

The whole point of doing these Groupon deals is to attract new customers. The theory is that you draw them in to your business with a great deal, you wow them with your product or service, and then they come back at a later date and pay at full price; basically becoming long time customers. 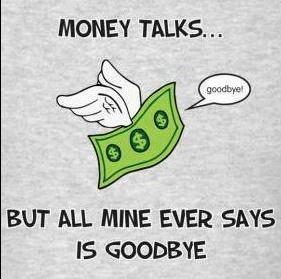 But that’s not going to happen if you don’t answer phone calls or emails, can’t keep up with the demand, and deliver a rushed or subpar product.

If you’re not ready for the massive injection of customers to your business, all you’re doing is just increasing the likelihood of getting bad Yelp reviews about your business.

These days it’s very rare that anyone buys anything without looking up reviews first, so when other potential customers look you up online and see things like “Don’t ever do business with this company” “These guys are terrible” or “fraud”, what are they going to think? 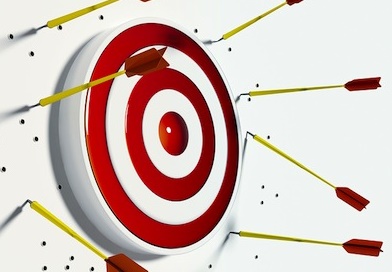 As John W. Byers, Michael Mitzenmacher, and Georgios Zervas point out in their paper titled “The Groupon Effect on Yelp Ratings: A Root Cause Analysis,” Groupon user experimentation is a strong possibility when doing these promos.

“Imagine that you are an enthusiastic and regular consumer of the finest chimichangas that you can find. You’ll likely have scoped out your neighbourhood, tested the chimichangas on offer and zeroed in on those places that make excellent ones. You might even provide reviews on Yelp pointing other enthusiasts for the comestible so as to guide them to the good places.“

“Now imagine that you’re not actually very worried about or interested in chimichangas. Or even, as with myself, not entirely sure what they are. And you see a Groupon deal offering, say, 50% off at Jimmy’s Chimichangas and you take it up. Heck, why not, it’s a good way to try them out with a decent saving attached. But if you’re uninterested, not sure what it is that you’re about to get, it’s not all that difficult to imagine that your subsequent Yelp review is less than glowingly enthusiastic.“

All this eventually leads to the end result we have today – Neat Assist is no where to be found. Their website is no longer up (www.neatassist.com) and I can’t find any listing for them on the internet. It looks like the business has been closed.

I really don’t think that Neat Assist was trying to rip anyone off. I think they signed up for a bunch of these daily deals to kick start their business and realized later that it was a big mistake.

For us, running a promo through Groupon or any other daily deal just doesn’t make sense.

For one, we’re not large enough (yet!) to handle that large a volume of customers so suddenly. If we tried, we’d just end up upsetting more people than making them happy.

Two, because you can’t keep up with the demand, your service starts to slide and people start jumping online to tell others about it. There goes your business reputation and repeat business.

And finally, Groupon doesn’t quite hit our target market. Sure we’d get lots of customers, but almost all of them would be one-and-done or we wouldn’t meet their unrealistic expectations.

This isn’t to say that Groupon is a terrible company that will never work for any business out there. It may even work well for you. It just doesn’t work with our situation. We feel that we’re much better off running our own promos and being in control of them when and to whom they are run.

Have you run a Groupon for your business before? How did it go? We’d love to learn from you so leave a comment below.

Scrubbi is a house cleaning service that cleans homes in major cities throughout Canada including Vancouver, Edmonton, and Ottawa.